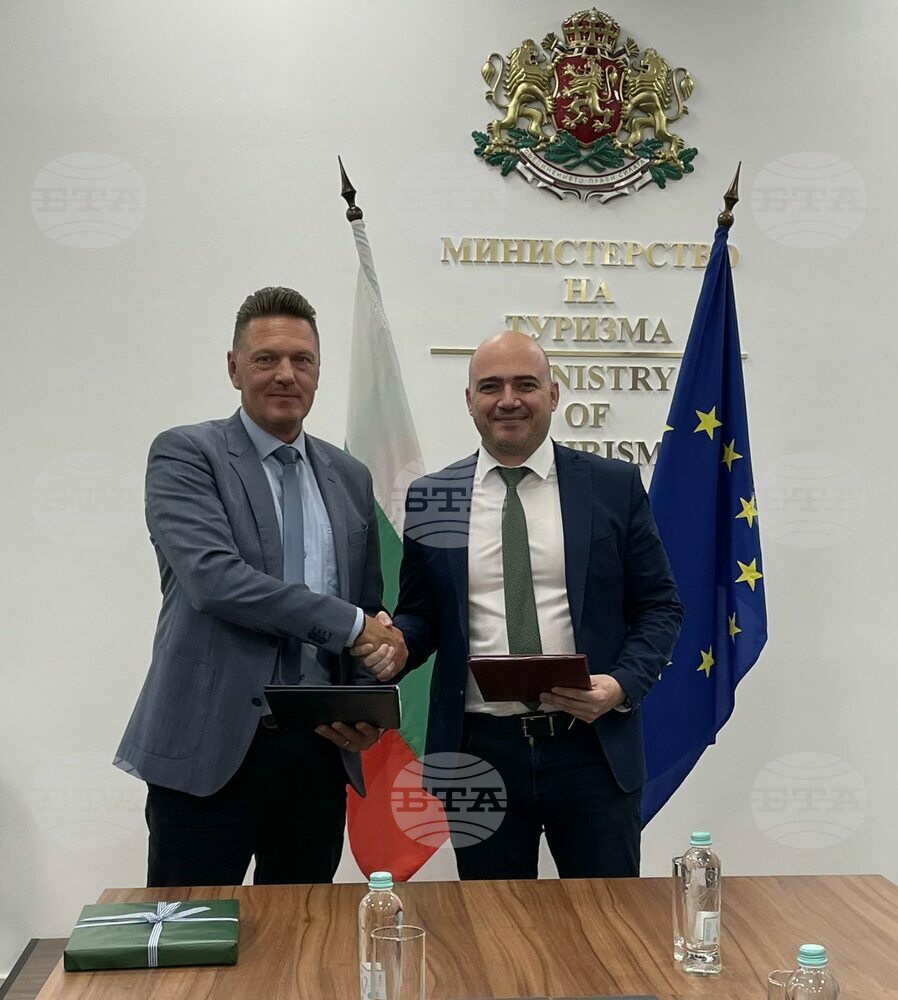 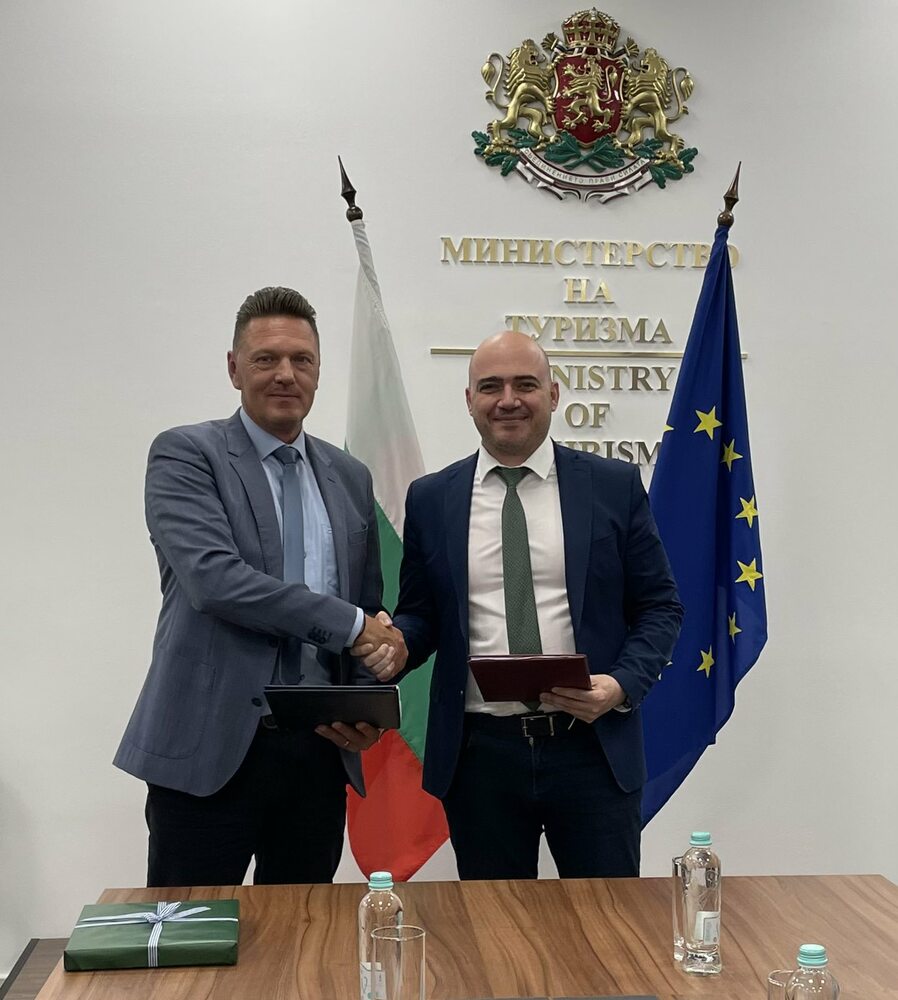 Caretaker Tourism Minister Ilin Dimitrov, President of the German-Bulgarian Chamber of Commerce and Industry (GBCCI) Tim Kurth, and GBCCI Managing Director Mitko Vassilev Monday signed an agreement on strategic partnership in the area of tourism, the Tourism Ministry said in a press release.

The ceremony was also attended by German Charge d'Affaires in Sofia Irene Plank.

Dimitrov said that Bulgaria and Germany sign an agreement on strategic partnership in tourism which will make possible the broader promotion of the Bulgarian tourist brand. Dimitrov noted that the agreement is signed on October 3, Germany's National Day. He said that the document expands a similar agreement signed between the two countries in 2021.

Under the new agreement, Bulgarian and German tourism institutions and businesses will exchange information. GBCCI will render assistance in the organization of bilateral roundtables and other events.