site.btaSpanish Writer, Scientist, and Explorer Javier Cacho to Attend Press-launching of Bulgarian Translation of His Book "Shackleton, The Indomitable" in Sofia 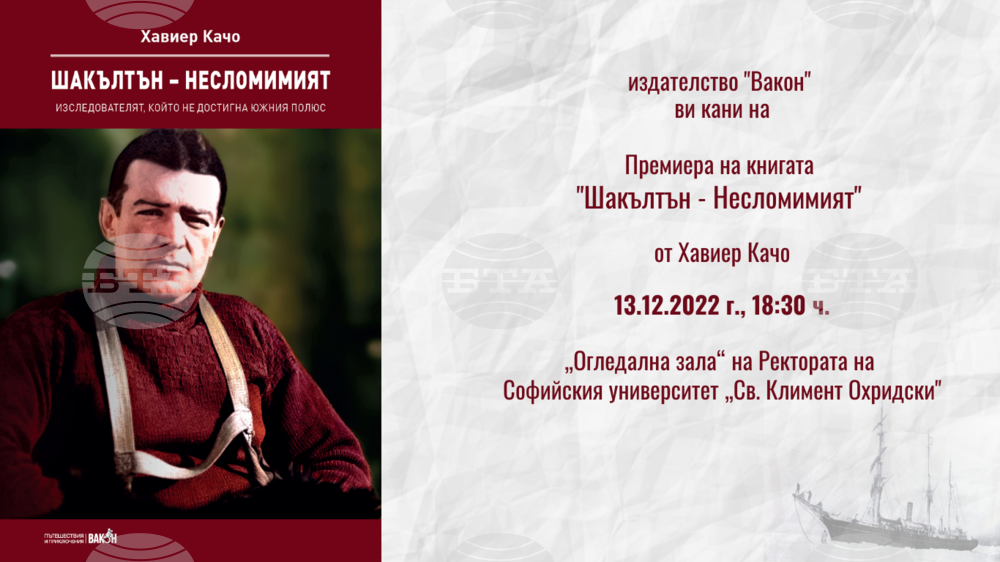 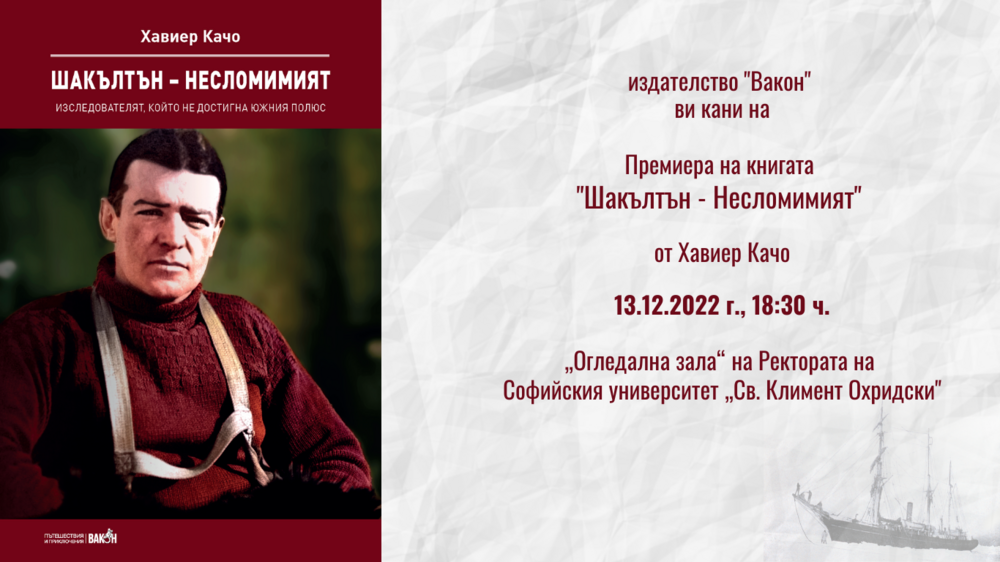 Spanish writer, scientist and explorer Javier Cacho will attend in person the press-launching of the Bulgarian translation of his book "Shackleton, The Indomitable" on December 13 in Sofia, the Vakon publishing house said. The event will be hosted by the St Kliment Ohridski University of Sofia.

The book tells the life of polar explorer Ernest Shackleton. "Although he never reached the South Pole which had been his dream, Shackleton is remembered in history as one of the greatest polar explorers while his personality continues to be shrouded in a heroic halo," reads the blurb of the Bulgarian translation of Cacho's book.