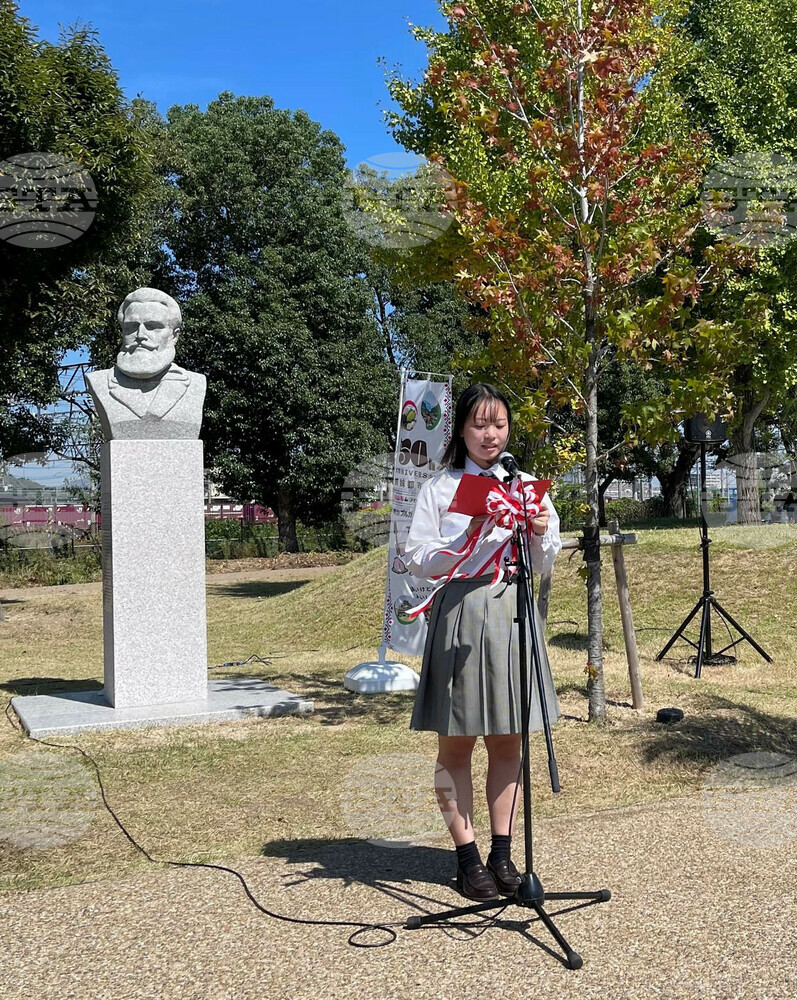 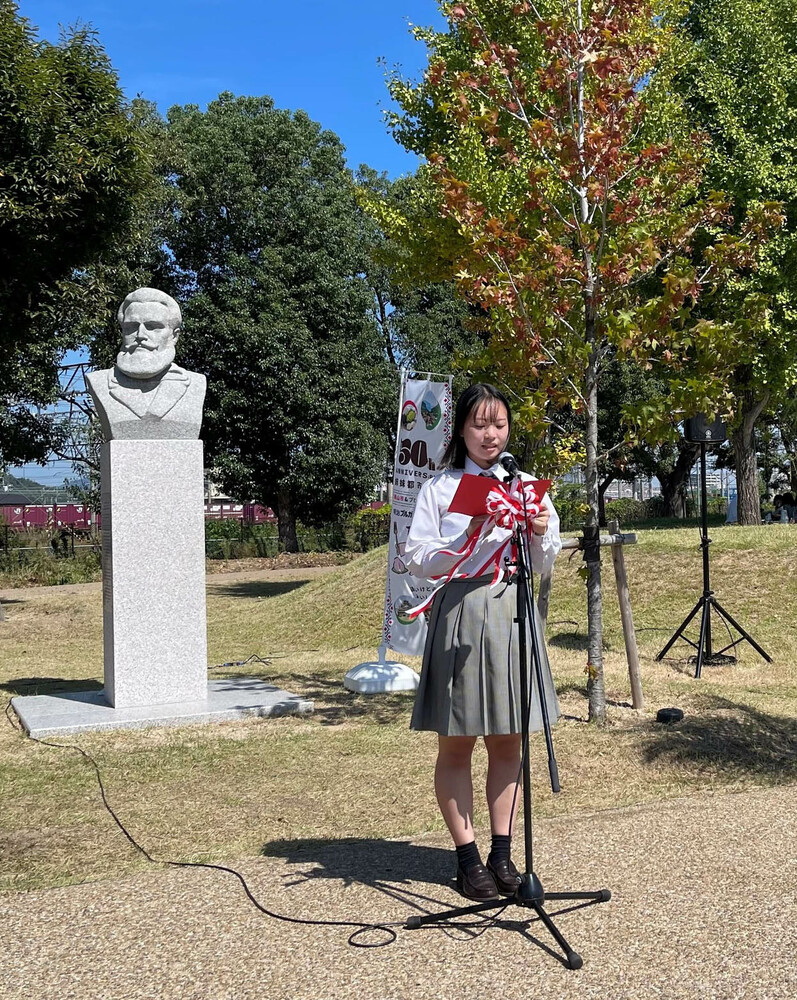 A monument to prominent Bulgarian revolutionary and writer Hristo Botev in the Japanese city of Okayama was opened with an official ceremony on Sunday, the Bulgarian Embassy in Japan said.

The monument was a donation from the city hall of Plovdiv, Southern Bulgaria, to mark the 50th anniversary since the twinning of the two cities.

The guests attending the ceremony also had the opportunity to try out traditional Bulgarian foods and watch a performance of Bulgarian folk dances by a local dance company in Okayama.