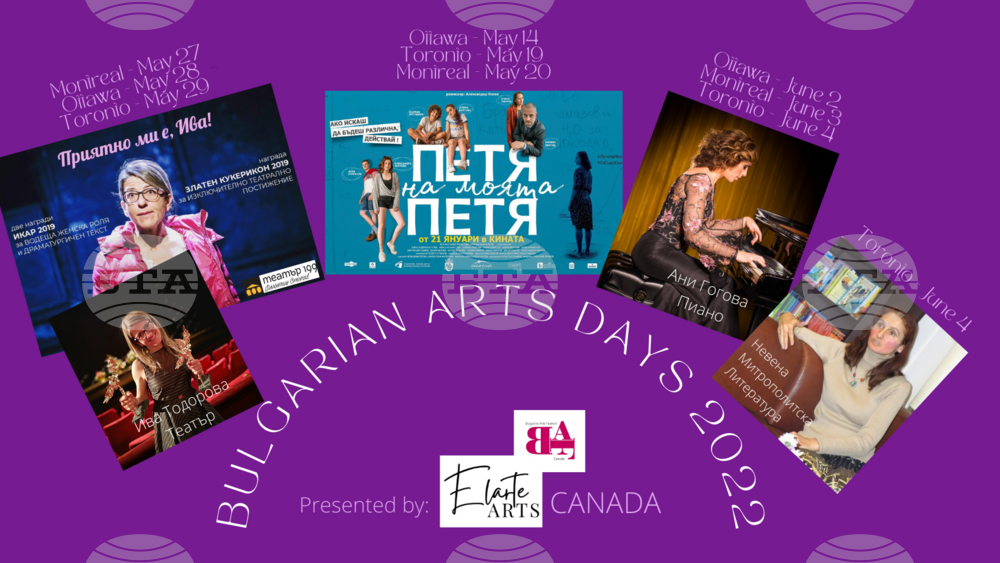 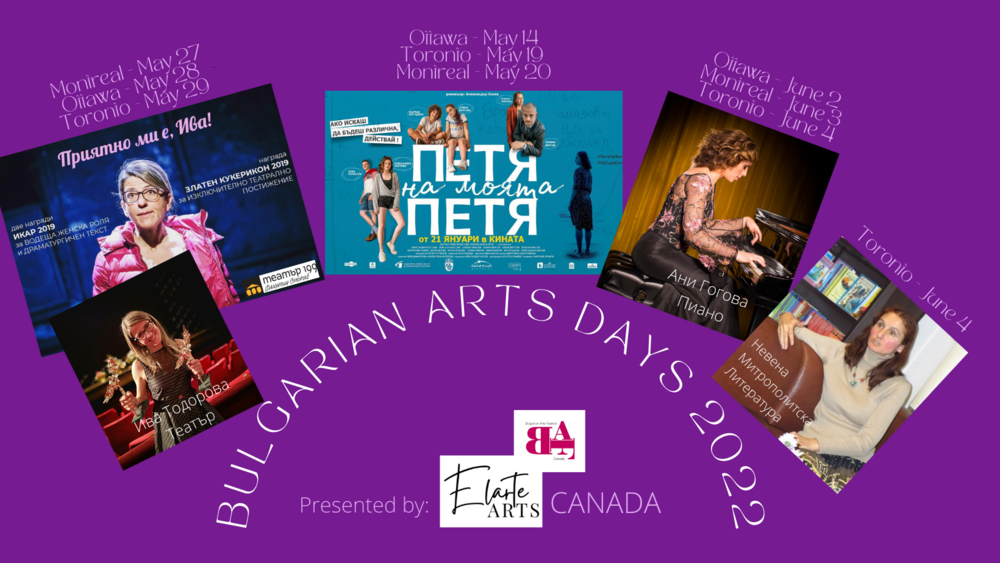 The Days of Bulgarian Art in Canada will begin on Saturday and will last until June 4, reported the organizers. The event is a successor to the Bulgarian Arts Festival which took place annually between 2011 and 2019 but was then cancelled due to the global pandemic.

Visitors of the festival in Montreal, Toronto, and Ottawa can see the best Bulgarian artists working in theatre, film, classical music, jazz, literature, and visual arts.

The programme includes screenings of last year's film Petya of my Petya. Bulgarian actress and winner of two Icarus Awards (for Best Actress in a Leading Role and for Best Playscript) Iva Todorova will stage her monologue Nice to Meet You. Acclaimed pianist Ani Gogova will also perform.

The festival is organized by Elarte Arts in cooperation with the Bulgarian Embassy in Ottawa.