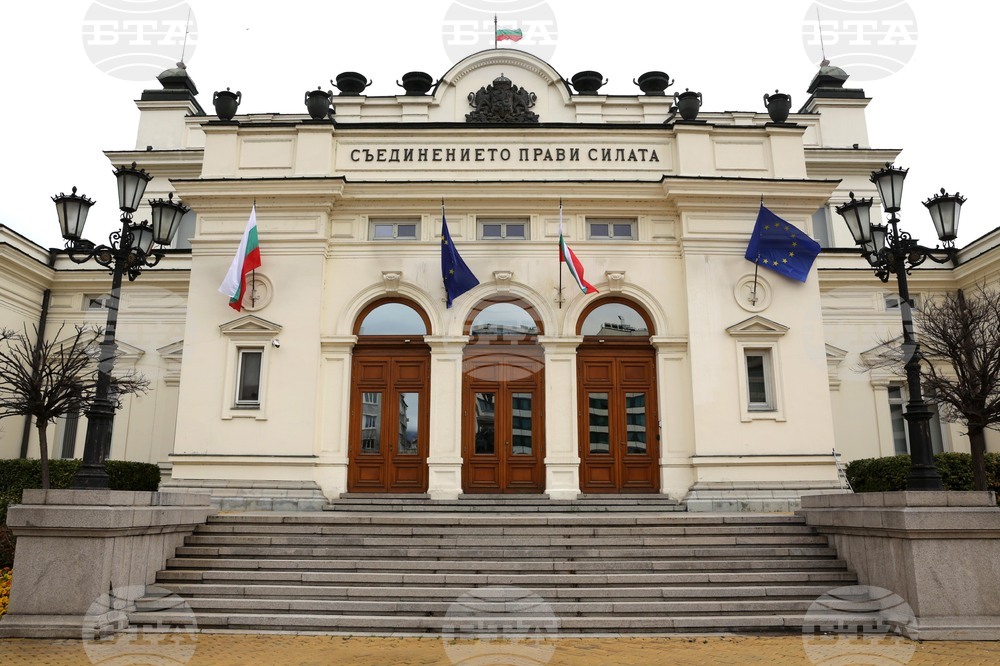 Friday was the last day of campaigning for the October 2 early parliamentary elections and many formations held conclusive events of their campaigns.

Continue the Change co-leader Kiril Petkov said that his coalition will be the firt political force, which will unlock Bulgaria's potential and the country's transition to democracy will be over once and for all. He spoke during a concert at the front square of National Palace of Culture, organized on the occasion of the end of their campaign. Co-leader Assen Vassilev pointed out that there is a small social segment that wants to bring back the coalition of theft between GERB and the Movement for Rights and Freedoms (MRF). This small portion of people steals, introduces division, lies and tells Bulgarians that they are incapable and chases people who do not agree with them out of the country, Vassilev said.

Vazrazhdane closed their campaign with a stage play in Sofia. Party leader Kostadin Kostadinov noted that they had organized free theatrical shows throughout their campaign because this is the least they can do for their fellow Bulgarians. Kostadinov said: "I expect that on October 2 Bulgaria will choose freedom and independence over the colonial status of enslavement which we have held for 33 years now. I expect Vazrazhdane to win the elections and to govern Bulgaria." According to him, opinion polls have always predicted for the party half the score they would actually win in elections.

Bulgarian Rise leader Stefan Yanev said that his formation is different from the other runners and has been modest in its election pledges. Yanev said that the coalition seeks to get Bulgaria back to its traditions, but also to make it the best place for people's children and grandchildren. "If you vote for Bulgarian Rise, together in the same boat we will swim against the current that has been leading us to the unknown for 30 years now," Yanev said.

At an event in Sofia, Rise Up Bulgaria released in the sky 17 white doves as a wish for peace and dozens of balloons. Party leader Maya Manolova said that October 2 will be the choice between peace and war. She urged voters to shun big parties "and not give them a second chance which they do not deserve". Manolova said that in Parliament her party will defend the Bulgarian people and will bravely oppose any decision, irrespective of where it comes from, which harms the Bulgarian interest.

GERB-UDF ended their campaign with a gathering at the Boris Hristov Cultural Centre in Bulgaria's second-largest city of Plovdiv. GERB leader Boyko Borissov said in a speech: "I am the last person to say, 'it's either us or them', because both 'us' and 'them' are Bulgarian citizens." He said GERB are honoured to have the UDF by their side. "We remember what cannot be forgotten. We remember that it was the UDF who [in 1997] led the nation out of the big crisis caused by the Communists," Borissov said. He stressed that the GERB-UDF coalition can deal with migration, the public finance situation, Eurozone entry, the energy crisis. "Can you name any Eurozone country where Bulgarians would not like to live?" he said. He warned that spending borrowed money makes the coming generations dependent.

The Democratic Bulgaria alliance closed its campaign in Sofia with an initiative where people were asked to write their dream about Bulgaria's future on a piece of paper, in exchange of which they got a book. Democratic Bulgaria co-leader Hristo Ivanov urged people to vote because "otherwise, Bulgaria will continue to drift along without a clear direction". Ivanov stressed three key priorities from which the alliance will not step back: governance that has a clear opinion in respect of the threat coming from Russian President Vladimir Putin, and has proper policies in security, defence and energy; rule of law and elimination of the corrupt model; an investment policy, rather than administrative handing out of money.

The Bulgarian Social Democracy - EuroLeft formation held a discussion on the economy which focused on the need for better financing of the medium- and small-sized business. Party leader Alexander Tomov said that the SME sector is being neglected in lending. Tomov pledged to work for the creation of an association that will improve the conditions for work of SME businesses. The party leader demanded easing of the lending terms and conditions and increasing by a minimum of BGN 10 billion per year the credit resources for SMEs.

BSP for Bulgaria closed its election campaign on Friday in Plovdiv. Party leader Korneliya Ninova pointed out that inflation, high prices and low incomes are the first concern for her coalition after the elections. The coalition proposes 10 measures for a stable economy, social policy and non-interference in the war in Ukraine for the first 100 days of governance to get Bulgaria through the difficulties, Ninova said. She noted that thanks to BSP every Bulgarian family has felt the support of the state and BGN 22 billion have reached every home. BSP provided the young with free kindergartens, young families with increased maternity and child allowances, and reduced taxes on working young people, she added.