site.btaWhat's Going On in Transdniestria? 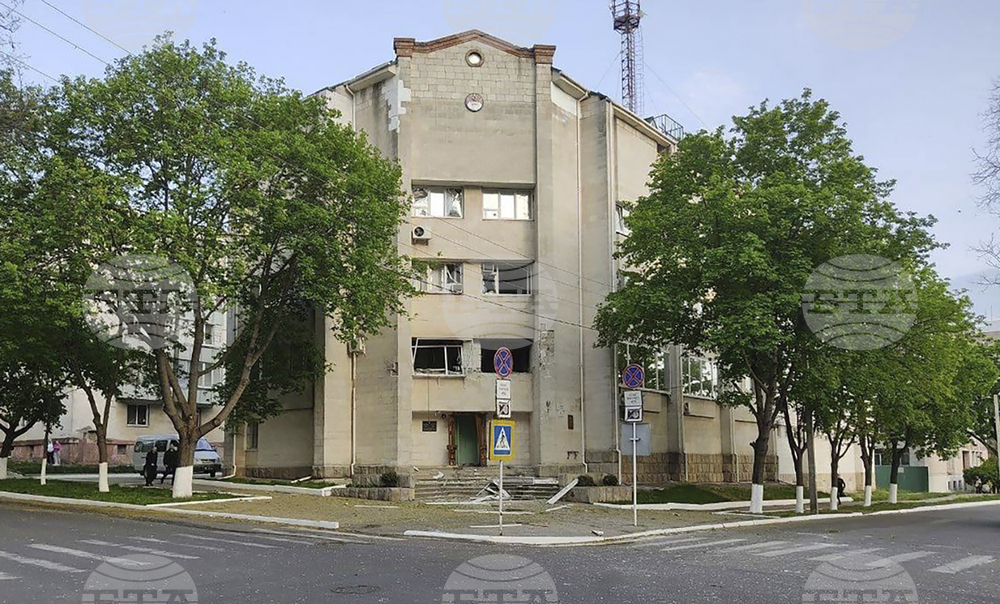 Last week, the governments of several European countries and the United States advised their citizens in the breakaway Transdniestria region of Moldova to leave this long and narrow strip of land on the left bank of the Dniester River, where around 1,500 Russian "peacemakers" have been deployed since the 1990s.

The warning came after several facilities in Transdniestria, used by Russia for propaganda, logistical and military purposes, were blown up.

The region's population is about 500,000, mainly Russians, Ukrainians, Moldovans and Bulgarians. In the 1990s it proclaimed itself an independent state after a short war with Moldova, and in 2005 it obtained de jure autonomy from Moldova. So far, Transdniestria's independence has not been recognized by any country, not even Russia, which provides it with economic and military aid, including free natural gas.

On April 25, the authorities in Transdniestria reported explosions at the Ministry of State Security. The place was said to have been attacked with grenade launchers, but no one was injured. Two more blasts were reported the next day. They damaged two powerful antennas which were broadcasting in Russian. Again, no injuries.

On April 27, the authorities in Transdniestria said that the village of Cobasna, on the border with Ukraine, came under fire as drones flew over it. Cobasna is home to a huge ammunition depot protected by the Russian forces.

After the incidents, the Transdniestria authorities declared a "red alert for terrorism", reinforced the region's military control points, put up cement blocks at all town entry/exit points and kept Ukrainian diplomats away from the security zone, although Ukraine is an intermediary in the efforts to resolve the conflict in the so-called 5+2 format, which also includes Transdniestria, Moldova, Russia and the Organization for Security and Cooperation in Europe, with the US and the EU acting as observers.

The President of Transdniestria, Vadim Krasnoselsky, said that Ukraine was behind "the terrorist attacks". According to the Ukrainian President's Adviser Mykhailo Podolyak, the force that wants to destabilize the breakaway region is Russia. Political scientist Sergei Markov told the Pravda daily that Romania, with the support of NATO and the participation of the Ukrainian Army, plans to lay its hands on Transdniestria and to subject all supporters of Russia to mass political repression. "Romania's ultimate goal is to annex Moldova", Markov said.

Moldova's President Maia Sandu convened a meeting of the country's Supreme Security Council on April 26, saying that the incidents in Transdniestria were attempts to stir up tensions. Sandu, who is pro-EU and prevailed in the presidential elections in November 2020 over pro-Russian candidate Igor Dodon, announced tighter border control and urged composure.

Russian Deputy Foreign Minister Andrey Rudenko said Moscow does not see any risks in Transdniestria and wants a peaceful solution to the situation in the region.

However, Russia's Central Military District Deputy Commander, Major General Rustam Minnekaev, said earlier that one of the tasks at the second stage of "the special operation" in Ukraine is to establish full control over Donbas and southern Ukraine, and "control over southern Ukraine means another outlet to Transdniestria, where there is also evidence of repression against the Russian-speaking population".

Romania's National Defence Minister Vasile Dincu said a war in Moldova is unlikely. Dincu noted that Moldova is neutral politically and military-wise. But according to Moldovan defence expert Dumitru Minzarari, the problem lies precisely in the neutrality status. A neutral state is supposed to maintain its neutrality and in case of war it should not allow any of the countries involved in the conflict to enter its territory. Russia has troops in Moldova - in Transdniestria. If the Russians use forces in Transdniestria for war purposes, Moldova will have to target those forces, which means that neutrality will no longer be in effect. "Neutrality is a trap which allows Russia to keep us away from the protection of the Western partners and vulnerable to Russian attack," Minzarari said.

It is becoming increasingly clear that Ukrainian resistance is key to preventing the flames of war from spreading into the Republic of Moldova. The future of some of the countries which are said to be next on the Russian offensive list depends on Ukraine's on-site resistance, said Ion M. Ionita, senior editor of the Adevarul daily.