site.btaEpoque Quartet from Prague to Send Message of Peace 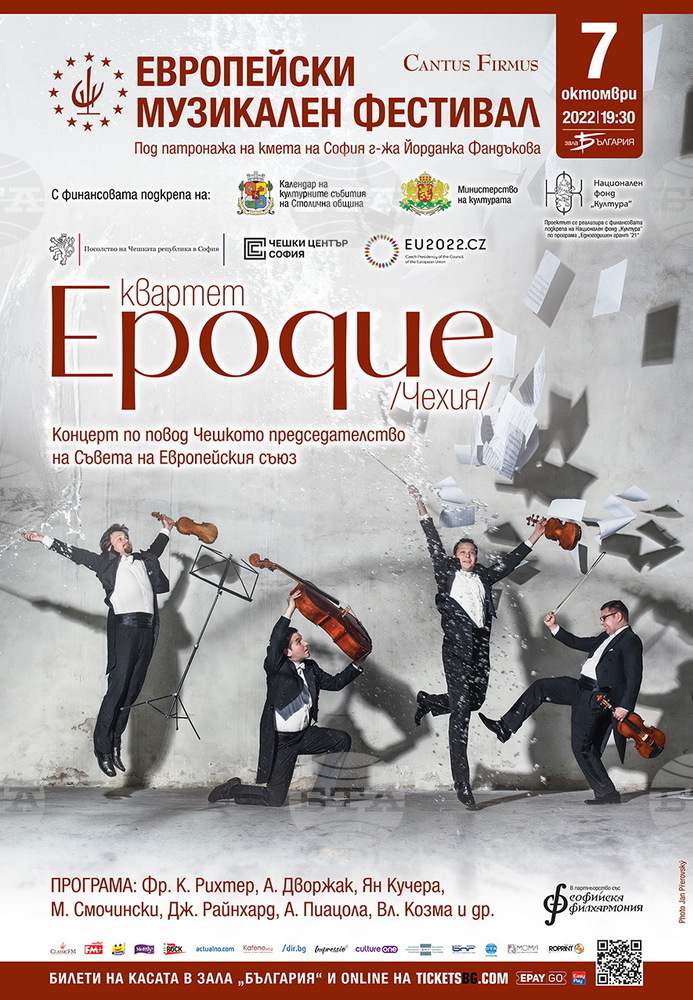 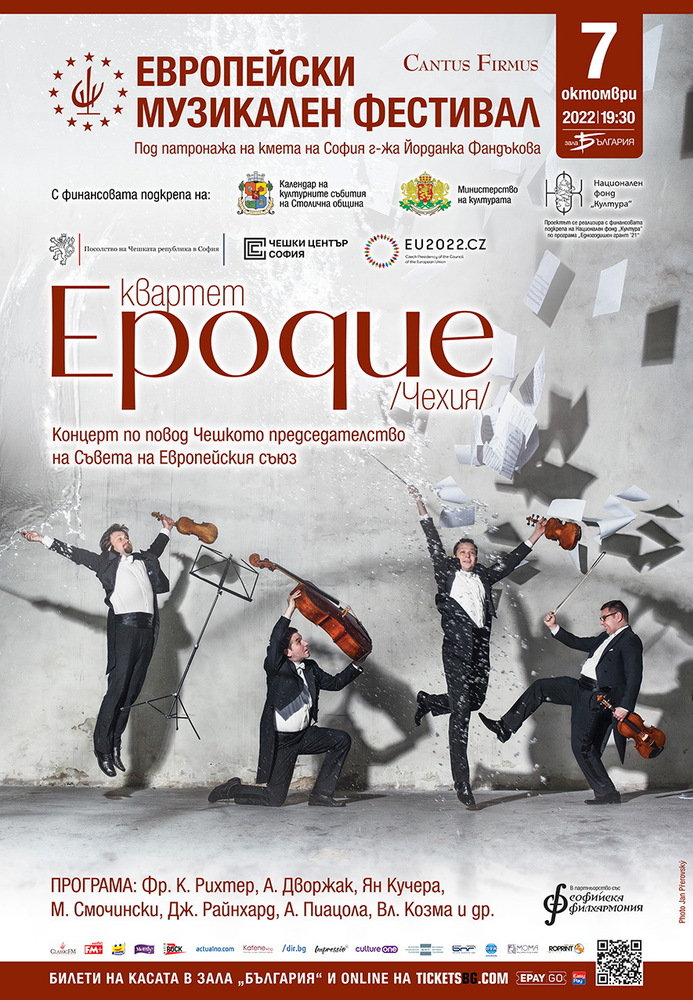 A string quartet from Prague will be featured at the 2022 European Music Festival in Sofia. The show of the Epoque Quartet will take place in the Bulgaria Concert Hall on October 7, the Czech Centre in Sofia said on Friday.

The group is preparing an exciting concert highlighting the Czech musical tradition and its own original arrangements of jazz, tango and film music. The event will mark the rotating Czech Presidency of the Council of the European Union (July-December 2022) and will send a message of peace.

The Epoque Quartet will be performing in Bulgaria for the second time after 2008, when it appeared at the European Music Festival too.

Founded in 1999, the quartet now consists of Vladimir Klansky (first violin), David Pokorny (second violin), Vladan Malinjak (viola) and Vit Petrasek (cello). They all have classical education and are excellent soloists and chamber music artists. The four share common artistic views and an interest in various music genres beyond the strict boundaries of classical music.