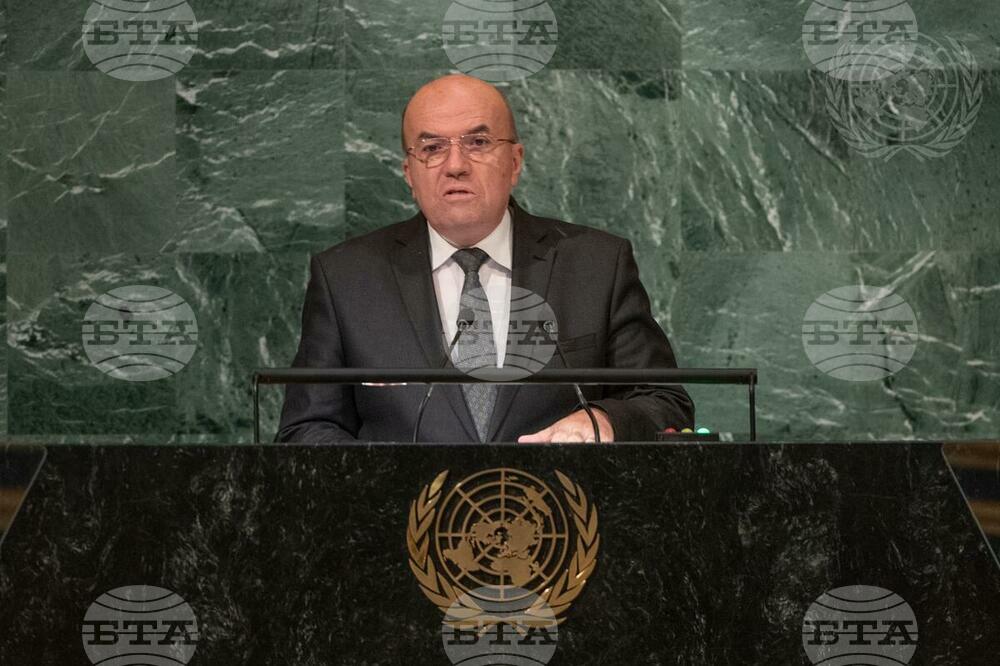 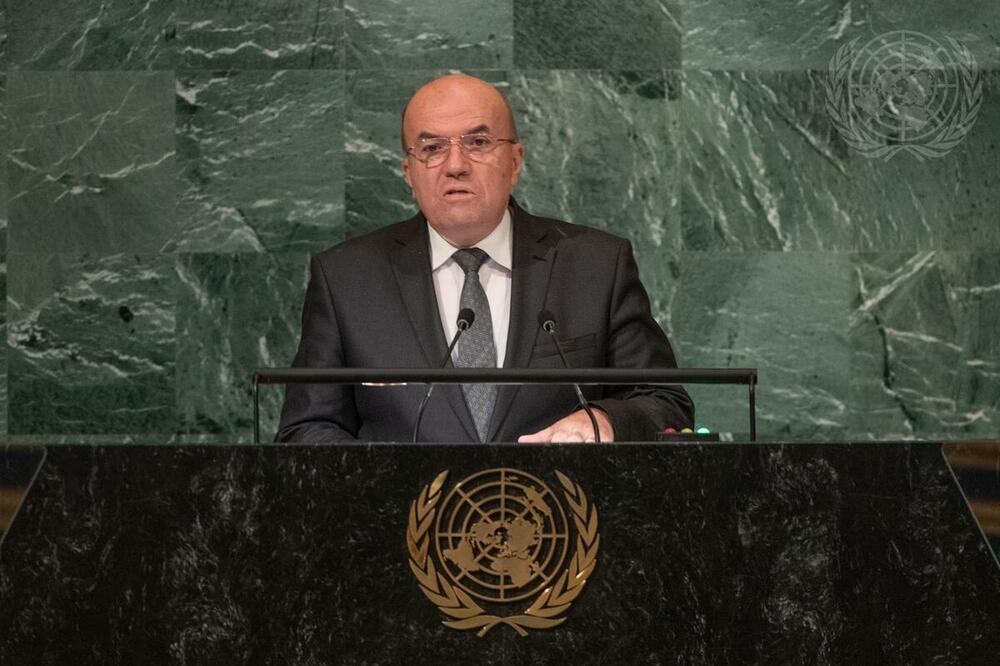 In his opening remarks during the General Debate at the 77th Session of the UN General Assembly in New York on September 24, caretaker Foreign Minister Nikolay Milkov pointed out the unprecedented times of challenges the world is currently facing, including war, energy and food crisis, climate change, the COVID-19 pandemic, etc. In these unfortunate circumstances, any contribution to achieve more stability and cooperation between countries in different regions should be encouraged and welcomed, stressed the Foreign Minister in his speech.

The Bulgarian first diplomat defined the war in Ukraine, which violates the basic international rules and the UN Charter, as the biggest security risk at the moment, as it undermines global security and endangers the international legal order. Milkov noted that Bulgaria is deeply disturbed by the recent escalation of the conflict and the partial mobilization announced by the Russian Federation.

Milkov expressed concern over the lack of progress in the Middle East peace process, as well as the recent escalation of tensions in the Gaza Strip. He stressed the importance of enhanced cooperation between international and regional partners for the bilateral Israeli-Palestinian talks. Milkov also expressed concern over the human rights situation in Afghanistan and the restrictions imposed by the Taliban on the rights of women, and restrictions imposed on journalists, the UN press service reported.

Addressing the situation in Ukraine, Milkov noted that the global food system was already under pressure even before the war, due to climate change, and the COVID-19 pandemic. He stressed that disruptions in food, energy and financial systems in over 90 countries have increased drastically around the world putting 1.7 billion people at risk. Milkov emphasised the importance of the deal on resuming grain exports from Ukraine's Black Sea ports, mediated by the United Nations and Turkey. He also stressed the need for humanitarian assistance to a number of countries in the global South, particularly in Africa, and specifically in the Sahel and Lake Chad regions that were further exacerbated by the Russian invasion of Ukraine.

With Bulgaria holding the presidency of the Economic and Social Council, the Bulgarian Foreign Minister stressed the importance of emerging economies and sustainable development, as well as of the priorities of small island States and their specific needs, including their existential struggle with the impact of global warming and the constant rise of sea levels, quoted the UN press service. Milkov pointed out that education was a solid foundation for future peace, tolerance and sustainable development. As the COVID-19 pandemic further limited access to education for children in developing countries, he pointed out the active role his country played in the development of the Transforming Education Summit. On the matter of a United Nations reform, Milkov expressed his support for a Security Council comprehensive reform.

“We have come to a critical juncture where further keeping the status quo is untenable,” he said. Milkov argued for an additional non-permanent seat in the reformed Security Council to the Eastern European Regional Group.

In his speech, the Minister said that if the consolidated and unanimous approach to complying with the principles and provisions of the UN Charter is built upon, the current crises can be overcome, but at the same time there is a long way to go to restore security and economic stability after the war. He concluded that overcoming the challenge will depend on unity, on the ability to act together, on the basis of multilateralism and with the leading role of the United Nations.
Since September 20, a Bulgarian government delegation, led by Foreign Minister Nikolay Milkov, has been in New York to participate in the 77th session of the UN General Assembly. This year the theme of the General Debate is "A watershed moment: transformative solutions to interlocking challenges".

The Bulgarian delegation took part in the Transforming Education Summit, as well as in a meeting dedicated to the urgent implementation of the Sustainable Development Goals. Minister Milkov also took part in an informal meeting of the ministers of foreign affairs of the EU member states focused on the global consequences of the war in Ukraine, including high energy and food prices. Milkov also participated in a ministerial meeting of the UN Security Council. He also had a number of bilateral meetings with his colleagues.