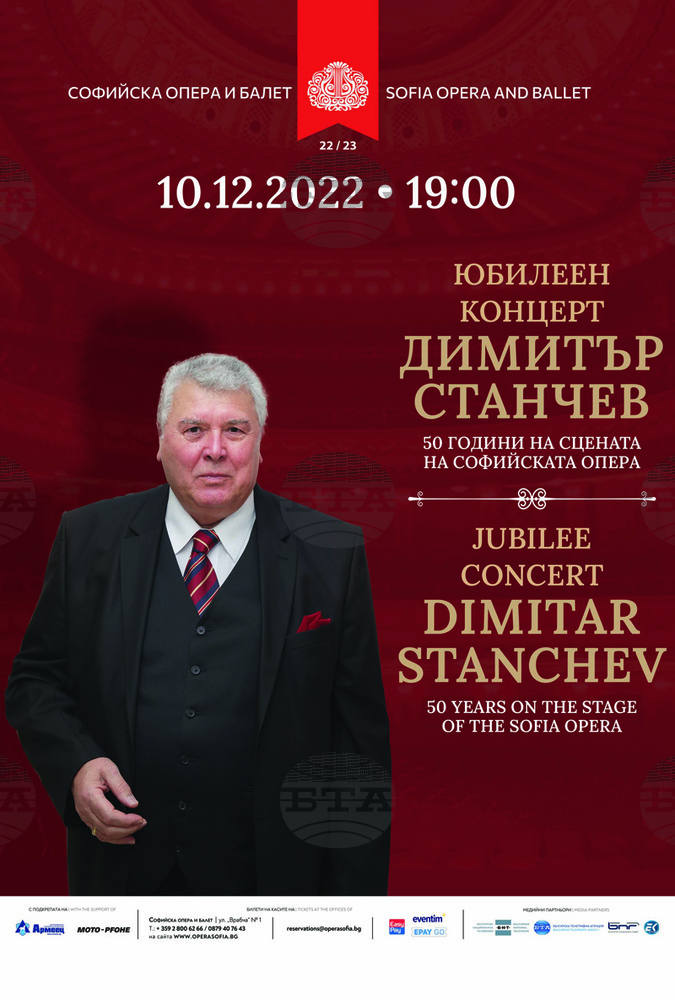 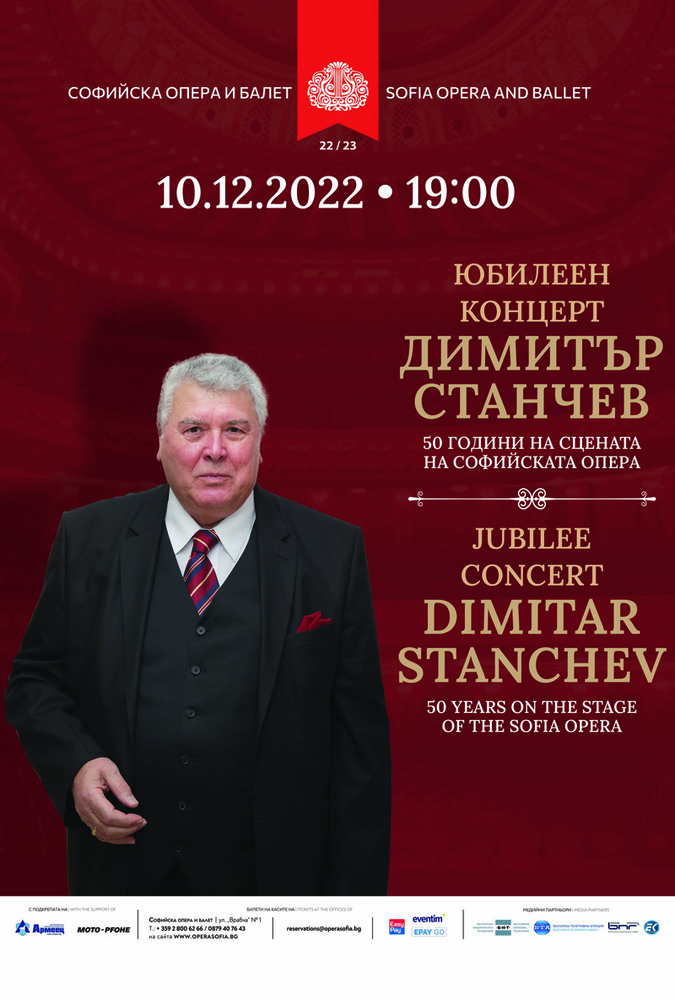 Bass Dimitar Stanchev will celebrate 50 years on the stage of the Sofia Opera House (SOH) on December 10, the institution said on Friday.

The first part of the concert will include arias from Giacomo Puccini's opera "Norma", Giuseppe Verdi's "Attila" and Gioachino Rossini's "The Barber of Seville", among other works. The second part will be Act 2 of Giacomo Puccini's "La boheme", to be performed with the SOH orchestra, choir and soloists under the baton of Paolo Andreoli.

"They call me the doyen of Bulgarian basses. I have sung on that stage for five long decades and I love it [...] Thank God that I am healthy and have been able to dedicate myself to the art of opera," Stanchev says.

His career started after he graduated from the National Music Academy in Sofia in 1973 under Petar Shtarbanov and Chavdar Hadzhiev. He has performed many and varied roles from the classic opera repertoire, including more than 60 leading roles such as in "Mefistofele" by Arrigo Boito, "Faust" by Charles Gounod and "Ernani" by Giuseppe Verdi.

Stanchev has also been active as a singer of cantatas and oratorios by Bach, Handel, Mozart and Verdi and works by contemporary Bulgarian and foreign composers. He has sung alongside Roberto Scandiuzzi, Renato Bruson, Katia Ricciarelli, Ghena Dimitrova, Assen Selimsky and Lilyana Bareva. He has toured Japan, Europe and the Americas with SOH productions.

Stanchev continues to work with SOH, contributing to shows for adults and children alike.