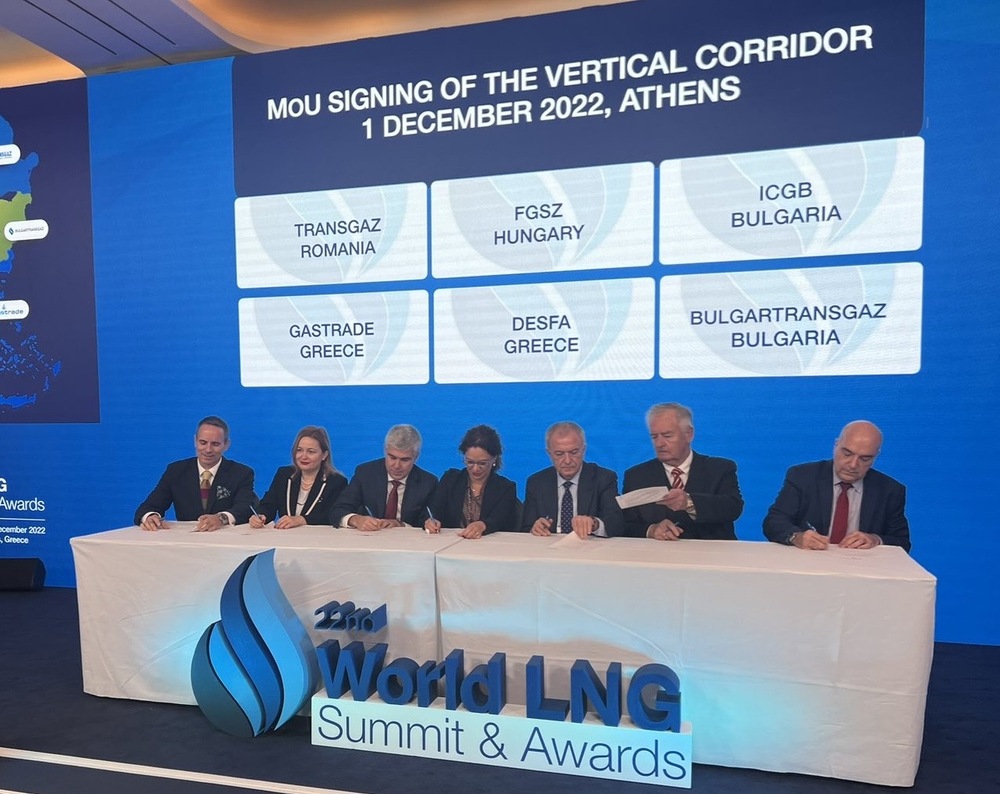 The adopted document aims at cooperation between the companies on the implementation of the Vertical Gas Corridor, which will interconnect the networks of Bulgaria, Greece, Romania, and Hungary and will allow the transmission of natural gas. Improved connectivity of the transmission systems of the neighbouring countries is in line with the common European priorities in the energy sector - increasing energy security in the region, market integration through diversification of routes and sources of natural gas and increasing competition.

The implementation of the Greece-Bulgaria Interconnector (IGB), which starts commercial operation on 1 October 2022, is a key part of the Vertical Gas Corridor development project. The IGB pipeline connects the transmission networks of Greece and Bulgaria, providing a direct link to the Trans Adriatic Pipeline (TAP) and thus making Bulgaria part of the Southern Gas Corridor as well. The new infrastructure also creates opportunities for gas transmission to other neighbouring countries in the region, as well as to Moldova and Ukraine.

ICGB Executive Directors Teodora Georgieva and George Satlas stressed the need for close cooperation between the countries of the region to improve energy connectivity and secure more sources of gas supply. "In the context of the changed energy and security environment in the region, cooperation on the development and construction of new energy projects to ensure diversified gas sources becomes a top priority. We acknowledge the serious efforts being made at national and European level to improve energy connectivity and achieve energy independence," Georgieva and Satlas said at the event.