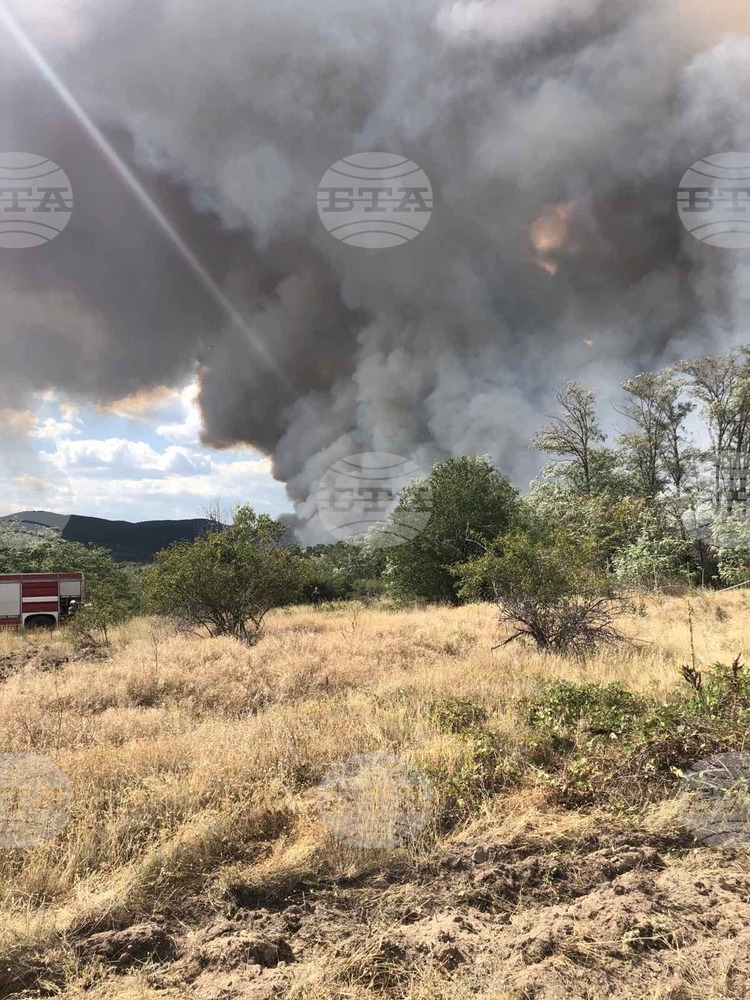 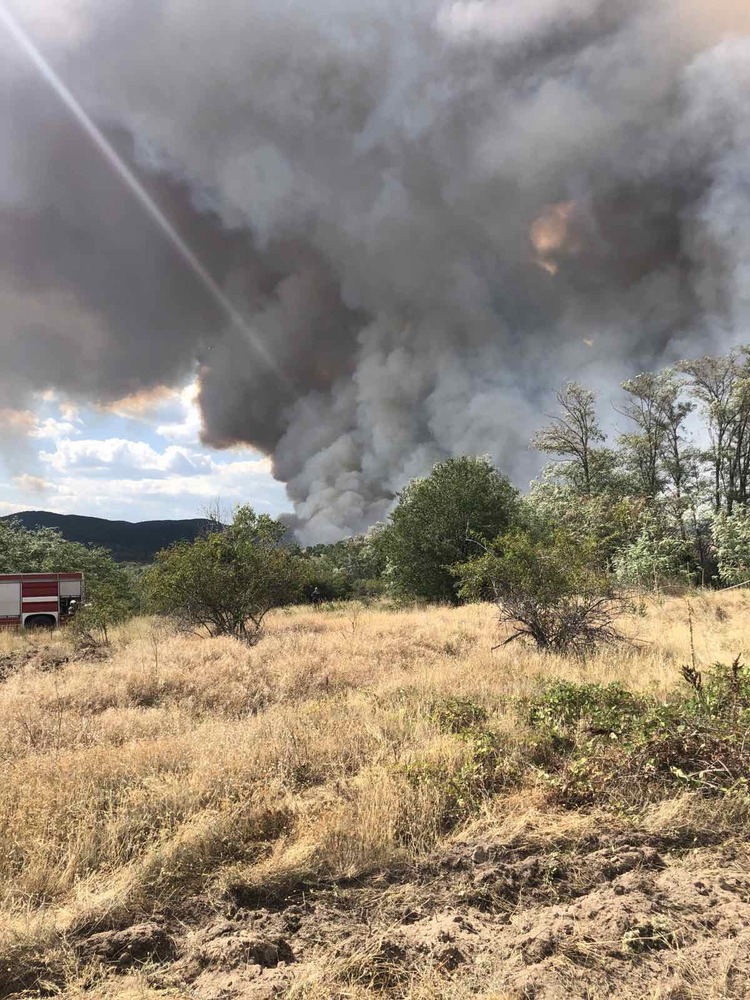 There are 30 wildfires in Bulgaria and 100 fire engines, 281 firefighters, 40 policemen, 41 volunteers and more than 85 foresters are trying to put them out, the head of the General Directorate for Fire Safety and Population Protection, Chief Commissioner Nikolai Nikolov, said Wednesday. He was at the site of a large fire near the southern village of Yerusalimovo.

He said three fires are the biggest cause of concern: in the districts of Haskovo, Stara Zagora and in Sredets municipality.

In more than 90% of cases the fires are caused by human activity and the high temperatures only worsen the situation, Nikolov said.

He urged farmers, especially in southeastern Bulgaria, to stop field work in the next two or three days and warned them that a small spark can cause a disaster when the weather is hot and windy.