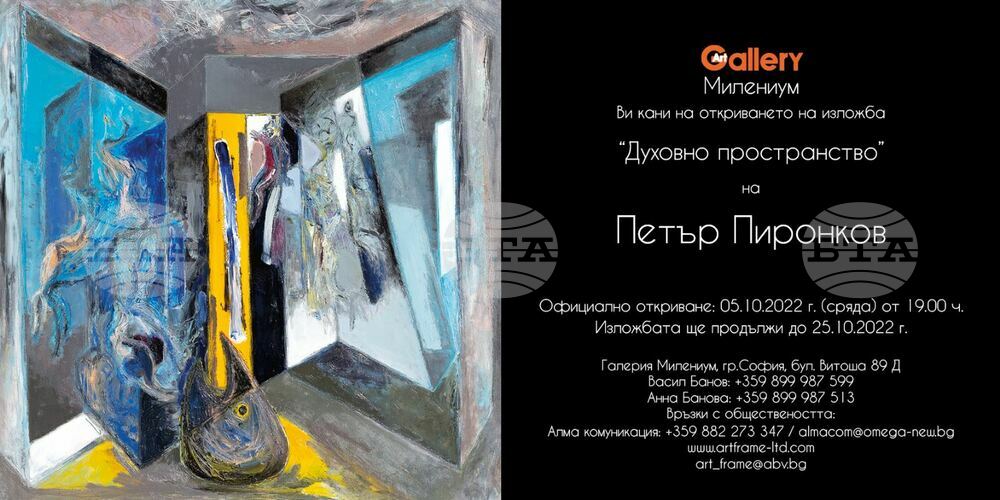 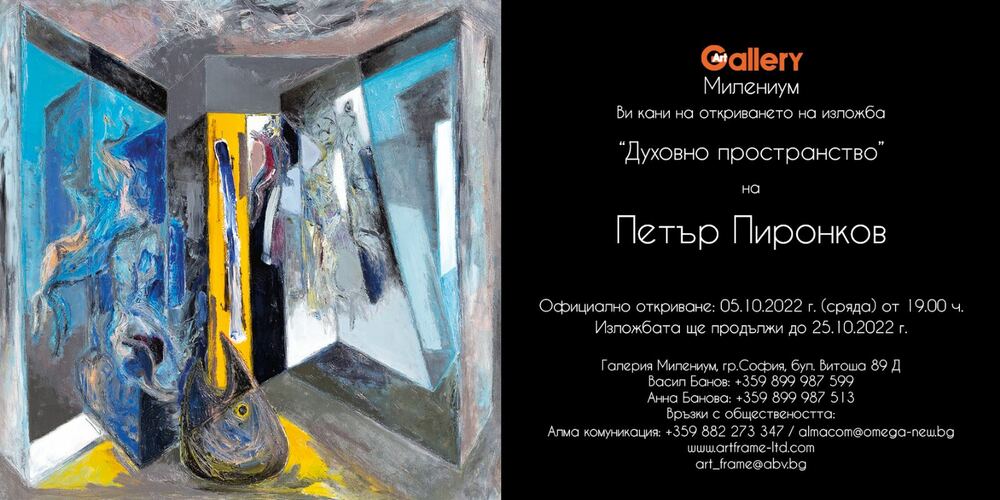 The Millennium Gallery in Sofia hosts a retrospective exhibition of artist Peter Pironkov which opens on October 5, the organizers said.

Art expert Lyubomir Stoykov and professor in the National Academy of Art will host the opening ceremony. Says Stoykov about the upcoming exhibition: "These magnificent works are rather a panopticum or an original mix of the artist's personal discoveries in the capitals and big cities in Europe, as well as in various strange locations. These are inventions which he interprets captivatingly in the direction of meaningful human states, beliefs and values".

The exhibition has more than 50 paintings, some of which are shown for the first time. Others have been on display in many European capitals.

Pironkov was born in 1997 in Sofia. His father is the prominent Bulgarian artist Encho Pironkov. Pironkov Jr is a graduate of the National School of Fine Art in Sofia and of the Academy of Fine Arts in Rome where he studied in the class of Prof. Sandro Trotti. Pironkov's works are part of gallery and private collections in Italy, France, Greece, Britain, Germany, the Netherlands, Russia, China, the United States, Mexico, Switzerland.